The Road to Copper Box 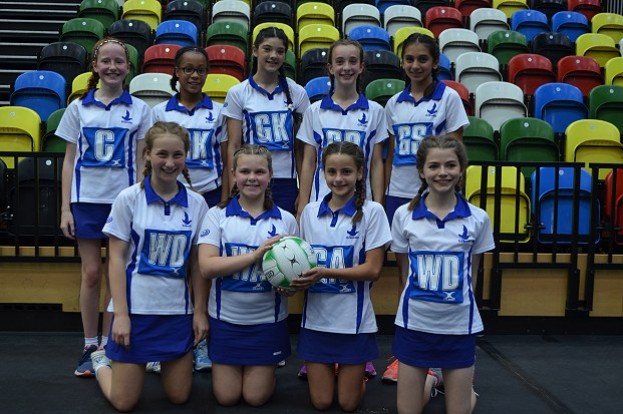 On the 23rd June 2018, nine very excited girls clambered aboard the trains that would take us to meet our destiny at the Copper Box Stadium, in the Olympic Park.

We had already encountered (beaten) many tough opponents to get to the high standard that would take place at the Copper Box. We were all feeling very excited but also nervous at the same time. Our first match was against St Swithuns, we put up a good fight but sadly lost with only one goal difference. But we bounced back up quickly and went on to win our next match by a marginal difference. Our confidence building, we then went on to crush our next opponent. After that we had some time to rest before playing in the semi-final, which was the most important match. If we won this match it would allow us to play during the half time period of the professional match which was Surrey Storm v Loughborough Lightning. Unfortunately, we went away knowing that we would not be playing that evening. The team played extremely well leading by two goals but in the last minute Kings Rochester scored three goals, knocking us out of first and second position. After recovering from the disappointing match, we battled it out against Hoe Bridge School for third and fourth place. We narrowly lost going to extra time and our final placing in the cup tournament was 4th. We had a very enjoyable time, we learnt lots and are so grateful for having the opportunity to play at such an amazing place.

We just want to grab this chance to say thank you to all our families for coming all the way to support us through everything. Also, Miss Rendle, Miss Peters and Mrs Hipgrave for all the effort that they have put in, and Mrs Van and Mrs Scott for coming to all the way over, by choice, to support us.