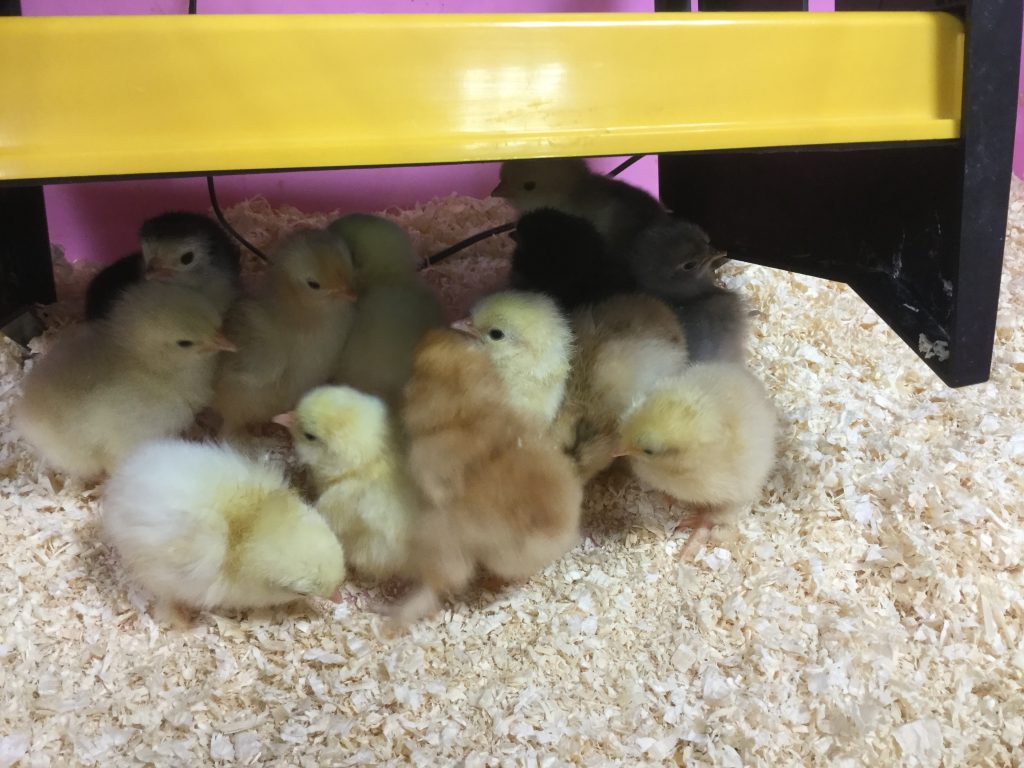 Three weeks ago, Kindergarten set some eggs in an incubator. We have been counting
down the days until the eggs hatched.

On Tuesday, we were rewarded when the first chick popped out! We watched as an egg moved and a hole appeared. Then we could hear cheeping and a tap tap tap as the chick used its ‘egg tooth’ to make a hole. After a long time, the crack widened and the chick flopped out all wet and exhausted. Over the course of the morning, thirteen more chicks hatched out!

When the chicks were dry and fluffy, we moved them from the incubator to a ‘brooder’. This is a warm pad for them to hide under, like a mother hen. 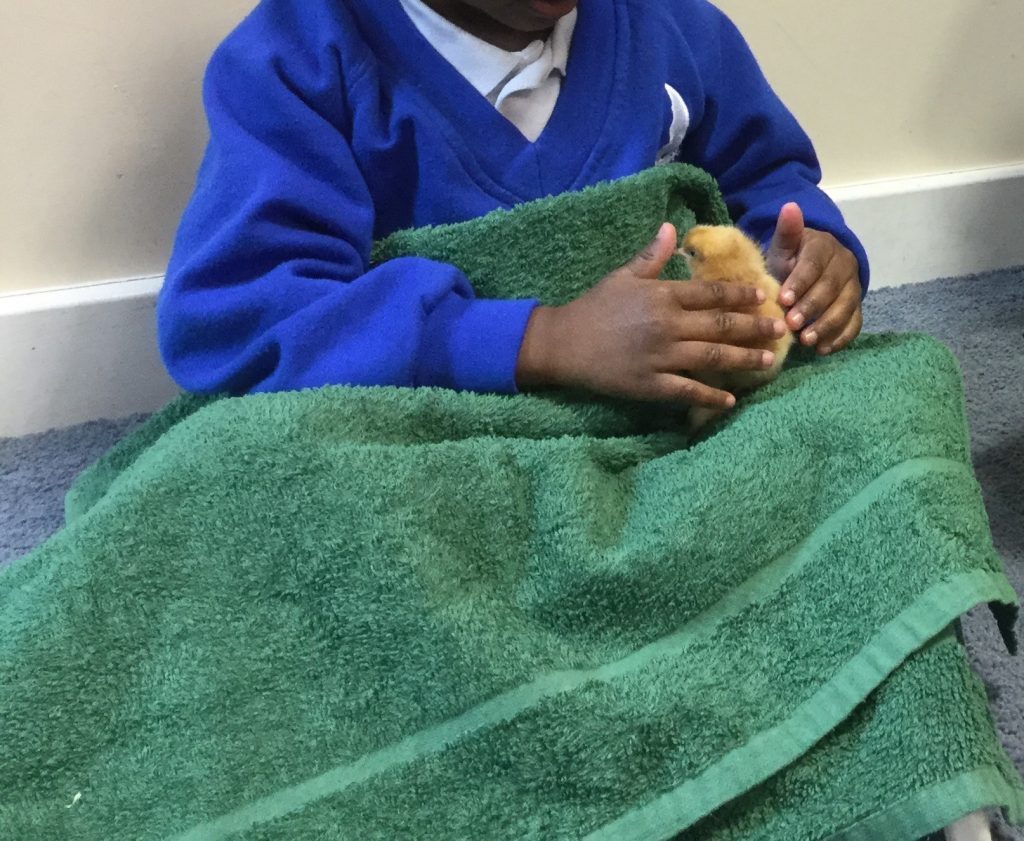 We fed them chick crumbs and they had some water. We all had a turn holding a chick. We had to be very gentle and the chicks felt very soft.