The Granville School > News & Events > News > We are off to the Nationals!

We are off to the Nationals! 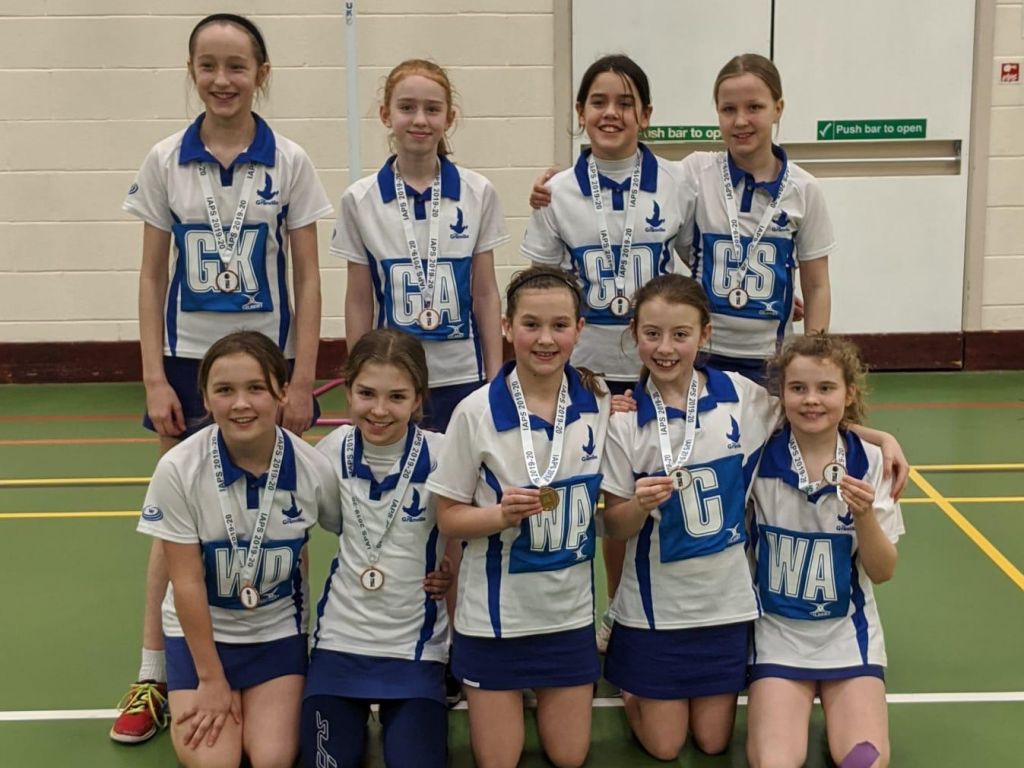 A huge congratulations to the U11A netball team for reaching the IAPS National Netball Finals. The team played their regional qualifier on Thursday at Kent College Pembury where they faced tough opposition throughout the day. In the morning the team won their group convincingly by winning all of their matches. The team were playing some fantastic netball, really stepping up and demonstrating that all their extra training had paid off. After the lunchtime break the girls played their quarter final against James Allen’s Prep where they were yet again dominating the court. The game finished 8-4 putting The Granville into the semi-final. With one win away from making the National Finals, the girls became very nervous against Ashford Prep. There was nothing between the teams with the ball going from end to end. At full time the game was a draw meaning we had to play another 2 x 2 minute halves. Again the game was neck and neck, with the teams going goal to goal. In the closing seconds Ashford went 1 up and The Granville simply ran out of time. Losing in the semi-finals by 1 goal in extra time was devastating for the girls but they had to pick themselves back up because they had the 3rd and 4th playoff to play and whoever won that would take the last National spot! The team really pulled through and began to play with confidence. The game was close against Holmewood House but The Granville battled through and began to pull away in the 2nd half. Final score 11-8 to The Granville.

This is a massive achievement for the team and they are now in the top 25 out of over 200 teams in the country.
We now look forward to travelling to Dorset for the Finals on Friday 20th March.